Following a major Northwestern Medicine breakthrough that identified a common converging point for all forms of amyotrophic lateral sclerosis (ALS and Lou Gehrig’s disease), a new finding from the same scientists further broadens the understanding of why cells in the brain and spinal cord degenerate in the fatal disease. Less than three months ago, Northwestern research found that the crucial recycling system for cells in the brain and spinal cord was broken in people with ALS. And one mutated gene had a key role. Like a loafing worker, it wasn’t doing its job to recycle damaged cells. Now, scientists have discovered a second faulty gene â€“ a new loafing worker â€“ in the same recycling pathway. The finding is reported in the Archives of Neurology.

“Now that we have two bad players, it shines more light on this broken pathway,” said senior author Teepu Siddique, MD, the Les Turner ALS Foundation/Herbert C. Wenske Professor of the Davee Department of Neurology and Clinical Neurosciences at Northwestern University Feinberg School of Medicine and a neurologist at Northwestern Memorial Hospital. “This gives us a clear target to develop drug therapies to try to fix this problem. It strengthens our belief that this broken system is at the heart of ALS.”

The funding will enable Dr. Siddique and his laboratory to implement novel projects, generate and test hypotheses of the mechanism of disease, and integrate data from patients with ALS to inform new approaches to treatments for the disease, which currently has no cure.

Funds raised on behalf of The Wetzel Foundation will benefit their mission to eradicate ALS and FTD through research donations which help our lab continue our quest to better understand these diseases! Watch the video to see Whit and his family's inspiring journey and consider donating to this great cause.

A study published in the journal Science by researchers from Harvard Medical School has identified a key instigator of nerve cell damage in people with ALS.Finding out more about how this disease starts and progresses is crucial to the development of treatments and cures - having a target to aim for is the most effective way to develop treatments!

The Science Behind the Media Coverage of NEK1

An interesting take on media coverage of scientific discoveries. In today's culture of 'clickbait' headlines, news reports of scientific papers' findings may not tell the whole story. However, most of the time it's difficult or impossible to find access to the original publication to get the whole picture. If you or your family have questions about the science behind the media coverage, we are here to discuss the benefit of this or other genetic testing in the context of your family's situation.

Yes, Those Ice Buckets Raised Millions, But There Was No ALS 'Breakthrough'

Our own laboratory associate director Dr. Han-Xiang Deng was welcomed by the Congressional Biomedical Research Caucus to discuss recent ALS breakthroughs! Dr. Deng discussed how he and his collaborators have identified several ALS genes as well as developed the first ALS mouse models. Both discoveries will help researchers better understand the disease as well as test for efficacious drugs. Click here to watch the video! 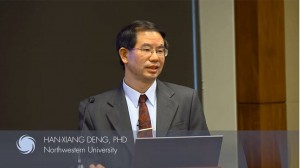 Siddique Lab Identifies TMEM230 as a Cause for Parkinson's Disease

Chicago tonight published a story about TMEM230, the gene newly identified by our lab to cause Parkinson's disease. About 15-25% of PD is genetic, and this discovery adds to the growing body of knowledge about neurodegenerative disorders and may provide valuable information to patients and families with this disease. Click here to read the story and learn more. 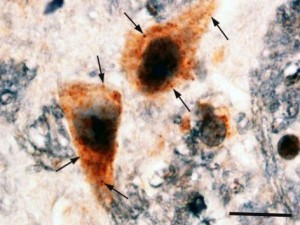 Great article from The Atlantic about Parkinson's disease which highlights our recent TMEM230 discovery. Click here to read more! 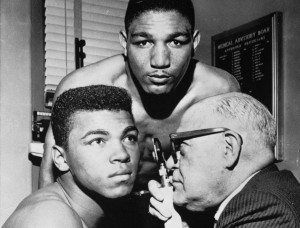 Young boxer Cassius Clay of Louisville, Kentucky, is examined by Dr. Samuel Swetnick in New York as a preliminary to his heavyweight fight with Billy Daniels, behind them, May 12, 1962. Both boxers are undefeated. (AP Photo)

Last week, Dr. Teepu Siddique and Dr. Senda Ajroud-Driss attended the Airlie House ALS Clinical Trials Guidelines workshop held from March 16 to 19 in Warrenton, VA. This is the second Airlie House workshop on ALS; Dr. Siddique also contributed to the first workshop, which was held in 1998 and organized by the late Dr. Theodore L. Munsat.

This workshop aims to renew and update the current ALS Clinical Trials Guidelines so that clinical trials in ALS can continue to improve. 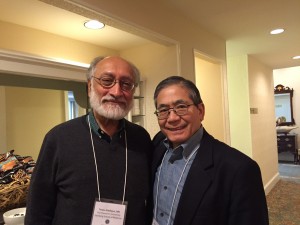